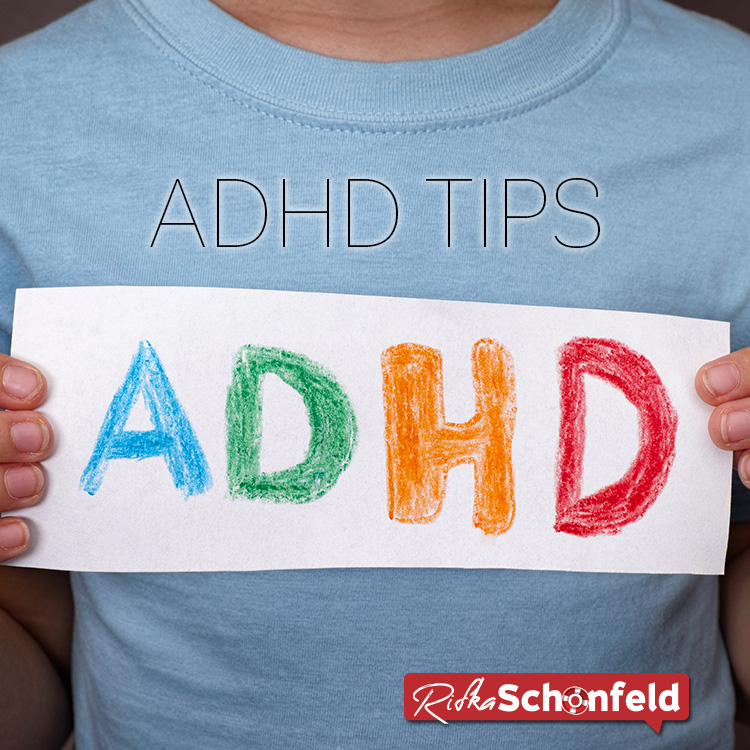 “Everybody is a genius, but if you judge a fish by its ability to climb a tree, it will live its whole life believing it is stupid.” – Albert Einstein

Albert Einstein knows a thing or two about being smart. But, he also knows a thing or two about being stupid. He barely passed his classes in elementary school, and some people say that is because he had undiagnosed Attention Deficit Hyperactivity Disorder (ADHD). The US Center for Disease Control and Prevention explains that in the 21st century, the percentage of children with an ADHD diagnosis continues to increase, from 7.8% in 2003 to 9.5% in 2007 and to 11.00% in 2011. The verdict is still out whether professionals are over-diagnosing children with ADHD or whether there were millions of undiagnosed cases in the past.

Regardless, if your child suffers from ADHD or the symptoms of ADHD, below are the top ten ways that I have found to help your child succeed!

Get tested early. Early intervention is the easiest way to help your child control and capitalize on the indications of ADHD. “The emotional insight and empowerment that comes with early detection of ADHD can transform a child’s world,” says Dr. Edward Hallowel, a Harvard-based psychiatrist who treats ADHD children and has authored many books on the subject.

Get outside and get moving! Physical movement wakes your child’s mind and body up if he is feeling distracted. John J. Ratey, MD, an associate professor of psychiatryat Harvard Medical School and author of A User’s Guide to the Brain argues that ten minutes of physical exercise offers the same benefits (without the side effects) as a dose of Prozac combined with a dose of Ritalin. Ensure that your child has plenty of outdoor time to run around and play.

Reframe as exuberance: Lara Honos-Webb’s book The Gift of ADHD: How to Transform Your Child’s Problems into Strength describes multiple ways to reframe elements of ADHD in a constructive light. She writes:

What doctors and teachers call hyperactivity can also be called exuberance. Exuberance is characterized by high energy and an intense interest in and curiosity about the world. Honos-Webb offers a revolutionary way of thinking about hyperactivity: by reframing it as exuberance, you can help your child regulate and channel that energy into productive outlets.

Encourage fidgeting. Though this sounds counter-intuitive, children with ADHD benefit from distractions. In reality, it is not that they cannot focus – instead they focus on everything. So, give them a pencil to tap or a stress ball to squeeze while they are reading. Remember these are students who are designed to focus on more than one thing at once. By providing them with the second activity in addition to concentrating on schoolwork, they are no longer looking for what else they could be doing. In my workshops, I provide students with stress balls exactly for this purpose.

Use a daily planner and set timers for short tasks. Putting systems in place for your child to follow will not only help him feel in control, but will also structure his day, week, and month.

Utilize books on tape: Reading a book while a tape plays is a great way to give a child with ADHD a multi-sensory experience. You can use books on tape if available or you can read to him yourself, while he reads along silently. You can also read children’s book such as my book, My Friend the Troublemaker which is also available as an audio book narrated by Nachum Segal. The colorful illustration and text can help children feel connected to others with ADHD.

Consider medication. While parents are often hesitant to give their children medication, there are times that children can benefit enormously from ADHD medication. Consider speaking to a doctor and getting an opinion about the benefits of ADHD medicine.

Get enough sleep. Most people with ADHD do not get enough sleep. They end up staying up at night involved in various (often useless) activities. This in turn means that they wake in the morning feeling groggy and exhausted.

Be an advocate: Make your children’s teachers and school your partners in his education. Set up a meeting with the principal and teachers in order to explain his situation.

Support weaknesses and build on strengths: At home, there is a lot you can do in order to bolster your child’s self-esteem (which most likely will be shaken by the understanding that she learns differently from the people around her).

As Einstein can attest, ADHD is not a disadvantage; you simply need to learn the tools to regulate and capitalize on it. Then, your child will no longer be a fish who needs to learn to climb a tree. Instead, together we can teach him some spectacular deep-sea diving!

Be the first to comment “ADHD Tips” Cancel reply